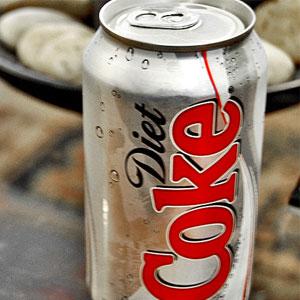 Health experts and doctors have always slammed the fizzy carbonated beverages sold by MNCs for their numerous harmful effects on human health. The soft drink makers have resorted to aggressive advertising and celebrity campaigns to retain their market base over the years. While debate over harmful effects of consuming such drinks rages on, a new study has revealed apparently beneficial results. A study sponsored by the American Beverage Association shows drinking diet soda actually aids people in losing excess weight.

Dr. J Hill designed this study with funding from the ABA at Anschutz Health and Wellness Center of University of Colorado. In this study, 300 adult candidates were segregated into two groups. The first group was asked to drink diet soda beverages while the other group was advised to consume water and other drinks.

The participants who did not drink diet soda lost 9 pounds on an average over a period of 12 weeks. On the contrary, candidates who drank diet soda could lose 13 pounds in the same time span. Not all researchers and health experts are too convinced by findings of is study though. Purdue University’s Behavioural Neuroscience professor Susan Swithers is sceptical about the outcome.

Professor Swithers thinks it is a short term study. So, weight loss benefits of diet soda drinks can be confirmed only after long term and extensive studies are conducted. Earlier studies have indicated consuming diet soda can lead to the development of numerous health complications, including metabolic syndrome, excessive weight gain and cardiovascular ailments.

Professor Swithers says, "What the prospective studies actually suggest is that if you go out 7 years, 10 years, 15 years, 20 years, the cohorts of individuals who are consuming diet sodas have much worse health outcomes. Doing these short-term studies that look at weight can't really tell us anything about whether or not these products are contributing to these increased risks. And it's really hard to look at the (long-term) data and come up with any argument that they're helping."

Despite this sceptical view expressed by a section of medical fraternity, Dr Hill is confident about the study findings. He said, “This study clearly demonstrates diet beverages can in fact help people lose weight, directly countering myths in recent years that suggest the opposite effect – weight gain. In fact, those who drank diet beverages lost more weight and reported feeling significantly less hungry than those who drank water alone.” The study findings are available in Obesity journal.