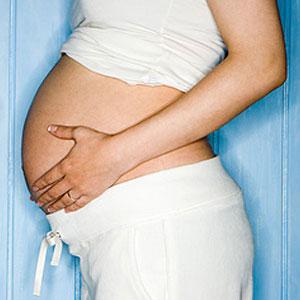 It is quite well known that diet, hygiene and a number of physical conditions that pregnant women undergo can have an effect on the fetus. A new study finings indicate, if the mother is exposed to deep stress before childbirth, the child becomes more prone to putting on excess weight in adulthood. The Aarhus University study has found a link between pregnant women experiencing elevated stress levels and weight gain issues in their kids.

Lena Hohwü, a research scholar of the university’s Department of Public Health said, "Overall our results indicate that stress can create a programming of the unborn child that makes it susceptible to putting on weight after birth. So even though we still have a lot of research to do in this area, we have added a little piece to our understanding of why we are experiencing an obesity epidemic, in which one in five children in Denmark are overweight -- and where most of them will remain overweight as adults."

The study was carried out on as many as 119,908 young men between the years 2006 and 2011. The researchers took note of their body mass index. It was found many of these candidate’s mothers had experienced loss of a relative during or before the pregnancy. The researchers also discovered these men were prone to developing obesity. In fact, men born to women who had lost their husbands at that time had maximum risk for becoming overweight. Earlier, another study indicated prenatal stress enhances risk of autism and asthma in children.

The lead author said, "We have specifically investigated the stress factor that occurs when the child's mother loses a close relative just before or during pregnancy, that is, before the child is born. We have designated this as 'an indicator of severe stress' that can double the risk of developing obesity in adulthood.” The researchers are also trying to find out if stress in general can affect pregnant women in similar ways. They are trying to find out how divorce can affect the women in pregnancy and what can be the after effects, for example.