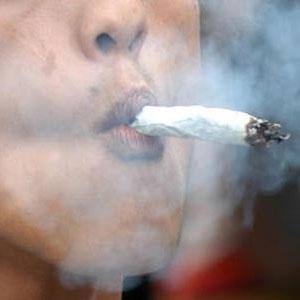 Addiction to narcotic substances pave way to a number of serious ailments as it is well known. A new French study corroborates the theory by indicating marijuana consumption can lead to fatal heart problems. The study finding is available in the American Heart Association Journal and it has made waves in the medical community. The study comes at a time when some countries are reviewing the law and norms on marijuana usage and medical community is resorting to it for specific types of treatments.

The study was carried out on nearly 2,000 people and the candidates sought medical attention for marijuana triggered health complications. A minuscule percentage of these candidates suffered from cardiac problems. The lead author of this study, Emilie Jouanjus said "The general public thinks marijuana is harmless, but information revealing the potential health dangers of marijuana use needs to be disseminated to the public, policymakers and health care providers”.

Jouanjus added there is compelling evidence that marijuana can affect cardiovascular health adversely, more so in the younger lot. So, doctors need to think of marijuana use as potential contributor to heart ailments. The study also found people with pre existing heart ailments fare worse when they resort to marijuana usage.

The study finding has drawn mostly positive reaction from the medical fraternity. The Mount Sinai Hospital’s Physician-in-Chief Valentin Fuster said "I am concerned about cannabis because we are running a clinic of young people who come to us with coronary artery disease. I have seen a number of cases in whom I was not able to identify any other risk other than the use of cannabis”. He was not a part of this research but said the observations made at his clinic in NYC resemble those of the study. He added, "I am not sure if it is more risky than tobacco cigarette smoking or less, but one thing is clear, it`s affecting young people."

Not everyone is medical fraternity is so upbeat about the findings of this study though. One of them is Georgetown University School of Medicine’s professor Allen Taylor. Adding that extensive research should be conducted on marijuana consumption and its effects in humans, Prof Taylor remarked, "This study shows some preliminary evidence of cardiovascular harm from marijuana but isn`t conclusive. The study`s limitations are important in that we can`t know how high the risk is, just that there is a signal of risk between marijuana smoking and heart troubles”.