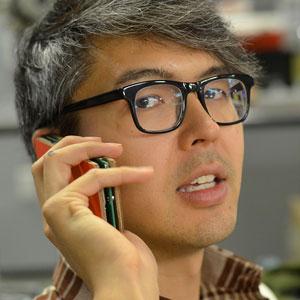 The debate over risk of cell phone usage just does not end as it seems from the ongoing studies throwing conflicting outcomes. Scientists are not sure whether continued use of mobile phones poses serious threat to health for humans or not. In a latest development, a French study finding indicates excessive use of mobile phones can enhance the risk of developing brain cancer in users. However, the authors said it is not certain if average users face the same risk. They added, the devices and technology used in them are evolving rapidly and so more elaborate studies should be carried out.

The finding of this study did not indicate any difference between regular users of mobile phones and non users. Cell phones release radiofrequency electromagnetic fields which are often thought to be capable of leading to cancer, but it remains a topic of controversy till date. The study results are available in Occupational and Environmental Medicine.

Universite Bordeaux Segalen’s Gaelle Coureau led the French team for this study. They took interview of participants and got the details of their cell phone usage. They found out people with heavy cell phone usage history are more likely to develop brain tumour compared those who use the devices sparingly.

The study findings have drawn a mixed response from the medical fraternity with some experts questioning the feasibility of the study. World Health Organization’s EMF Project’s former co-ordinator Michael Repacholi said, "Case-control studies use questionnaires to ask people to recall how often they used their phones for periods up to 10 years and more. Most people could not accurately remember how many calls or for how long they used their phone each call 10 years ago, and so they give better estimates." Repacholi added, Cancer registries do not exactly show a drastic hike in brain cancers since the time mobile technology was introduced, which is heartening.

Despite the study findings, people are not going to abandon cell phone which has changed the way of communication for better, say scientists. They also say people should adhere to mobile phone usage safety tips. It is advisable not to use these devices when the signal is low as radiation exposure goes up in low signal zones.

University of Pittsburgh’s professor L. Dade Lunsford also agreed with this view. Lunsford was not a part of this study, but added these researches rely mostly on people’s memory of their cell phone usage experience and does not exactly reflect actual use.