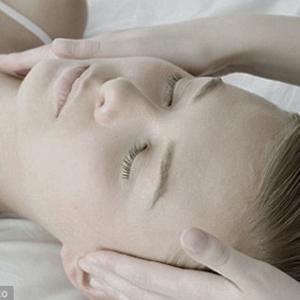 With biopsies of the breast becoming commonplace, a technique that has emerged as a viable and pain-reducing option is that of self hypnosis. As opposed to being administered the traditional local anesthetic, patients are taught to hypnotize themselves and remain status quo till the end of the procedure. A survey conducted thereafter yielded results that proved that self-hypnosis was a much more effective as an alleviator of pain than its medical or emotional counterpart.

With an alarming rise in the incidence of breast cancer courtesy of it being inherited from previous generations, nowadays physicians encourage women to undergo mammography so that presence of a lump can be detected while it is still in its nascent stage. Once found and its position pinpointed, the next stage entails determining whether it is malignant or benign and since this is an out-patient procedure it is carried out under limited anesthesia.

There are several reasons for using a light anesthetic for this procedure instead of the heavier IV that causes the patient to sink into deep slumber, the foremost being the frantic lifestyle led by most women. Balancing between work, home, children and shopping causes women to be on their toes throughout the day thus rendering it difficult for them to stay in the hospital for more than a couple of hours. Moreover, an IV can cause an adverse reaction and when the woman is supine it could aggravate to a life threatening level.

Comparatively, a local anesthetic wears off quickly and does not pose any serious hazards but is also less effective. Therefore, a lady who is already anxious about a lump in her breast is hardly going to come under its influence thereby enduring quite a lot of agony during the procedure. Subsequent to a research study involving a little more than 200 women wherein around 78 were subjected to a biopsy with local anesthetic, doctors have come to the conclusion that the enhanced feeling of pain is not just due to physical incarceration but mental stress too.

Self hypnosis during biopsy of breast is attained by asking the patient to roll her eyes in the upward direction, shut her eyelids and breathe deeply. After a few minutes the patient should experience an all-pervading sensation of floating in the air which is enough of a distraction to enable her not to feel anything. From the doctor’s perspective also it is advantageous because muscles are relaxed enough to permit a quick and easy job.

Going by its high rate of success there is a line of thought which calls for its application to other surgical procedures too.