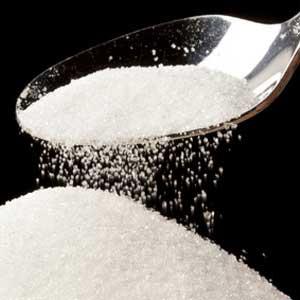 ‘Proud to be a woman’ is the feeling that is upheld by every individual belonging to this gender the world over and rightly so except when it comes to health risks. Indeed there are a few maladies which women are more susceptible to suffer from than men and the only practice that is effective in such cases is that of prevention through self control.

The most recent example is that of endometrial cancer which afflicts only women and its incidence has been traced to consumption of sugar-laden beverages like Coke, Pepsi and other carbonated types. Although it is usually manifested after menopause sets in the malignant seeds are sown much before and continue to multiply till they acquire the status of a full-fledged carcinoma. So widespread is its occurrence that after a study conducted by research-associate named Maki Inoue-Choi in USA, as many as 78% of women past their menopause were detected with its painful presence.

Described as endometrial cancer, it is an illness that is dependent on estrogen for its growth and is classified as being Type 1. It is also attributed to excessive consumption of sweetened beverages and is often preceded by conspicuous weight gain which occurs courtesy of uncontrolled consumption of sugar-laden drinks. Even the scientist leading the research claims that even though their inference is the first of its kind the deduction is hardly surprising.

According to her, when a woman relies too much on sweetened drinks, the most obvious and visible side effect is that of weight gain bordering on obesity while internally there is a rise in the level of hormones insulin and estrogen. This is what paves the way for cancer of endometrial tissue to set in.

Every health related conclusion has its roots in a survey and in this case the foundation was laid by a survey that featured a vast cross-section of more than 23000 women who were beyond their menopause stage. Some of the parameters that were primarily used for drawing deductions were their diet, country of origin and residence, ethnic history and medical background. Amongst these, diet was emphasized on more than others wherein participants were asked to keep track of their intake of 127 food groups over one year.

Each participant was handed over a Food Frequency Questionnaire (FFQ) which comprised of four questions based on frequency of consumption of sugar-laden drinks. Another category which was included pertained to sweets – both confectionary and baking – and was inclusive of candies and chocolates too.

Conclusion that emerged from the study was that too much sugar in the diet resulted in calorie-intake that was too high as per the body’s requirement and hence led to health problems like obesity and heart disease eventually leading to cancer. In comparison, women who refrained from excessive sugar intake especially after menopause were relatively free from such health risks and even less prone to contracting them.

With these findings in mind, it is time to alter the slogan to ‘Proud to be a healthy woman’ and ensure the same through controlled diet and overall good health.