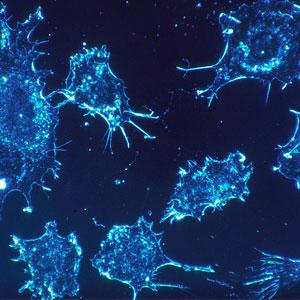 While a number of ailments like vector borne diseases and hepatitis are keeping the doctors on tenterhooks in India, the bigger health menace is something else, say experts. The lack of access to treatment, widespread smoking and delayed diagnosis are spearheading a cancer crisis in the country. On an average, a million cases of cancer victims are identified each year in India and close to 700,000 people succumb to its fatal grasp. If this goes on unchecked, the annual cancer death count may reach 1.2 million by 2035. The Lancet Oncology report corroborates this.

The report, which has made a buzz in the medical community has been made by Professor Arnie Purushotham and Professor Richard Sullivan from King's College London. The other contributors to this report include Professor Rajan Badwe and Professor CS Pramesh of Tata Memorial Cancer Centre. Speaking on the report, Professor Sunil Khilnani, Director of King's India Institute, said "Access to affordable cancer treatment and care in India lags behind other parts of the world. Making such treatment and care accessible will require addressing its causes, while also developing affordable treatments”.

It is a fact that the number of cancer cases in India is far below that of the European nations and the USA. However, the cancer death rate in India is on par with Western countries, say medical experts. About one third of cancer victims in India manage to survive after long post diagnosis. A majority of India based medical colleges lack comprehensive cancer care facilities. As it is, Radiation Oncology, Medical and Surgical departments are rarely seen in the same campus. This, coupled with the fact, that there is one medical and radiation oncologist per 5000 cancer patients, worsens the situation. Urban cancer treatment centres are under-resourced and overcrowded, affecting treatment.

Mohandas Mallath, who works as a professor at Kolkata’s Tata Medical Centre said "The need for political commitment and action is at the heart of the solution to India's growing cancer burden. The extent to which death and illness from cancer will actually increase in the next 20 years will depend a lot on the investments made in future decades in tobacco control, health care delivery, cancer research, (and) clinical trials”. Apart from these, public awareness about healthy diet and the menace of smoking need to be boosted.

The lack of knowledge about cancer and stigma associated with the ailment is also responsible for hurdles thwarting in its treatment in India, say experts. Till now, a lot of people have a misconception that cancer is incurable and they remain secretive about it. The regressive mindset also hinders continuation of treatment. The report stresses on the need to develop effective health campaigns and awareness programs to educate the mass and eradicate cancer related myths.