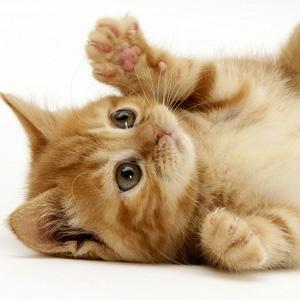 As dogs have the ability to sniff out cancer researchers say that cats may have the key to HIV vaccine. Researchers from the University of Florida and the University of California, San Francisco, have come to know that people who are infected with HIV show immunity response to feline AIDS virus protein.

The work on a T cell based vaccine for HIV which can stimulate immunity in T cells from people against the AIDS virus. Say the researchers. The tiny particles of protein which are very important in this stage are T peptides they stimulate the body’s T cells to differentiate viral peptides in the cells that are infected and attack them. “However, all the HIV peptides don’t have the ability to work as vaccine as some may enhance the infection and others may possess anti HIV activities which are lost if the virus transforms or transmutes in order to avoid immunity” says Mr. Yamamoto. Researchers have a feeling that the Feline virus may be used to develop a new vaccine for HIV by knowing the areas of human’s affected. Prof Yamamoto says that they had problems to identify the way to choose the area on HIV for its vaccine. The areas on HIV with anti T cell activities may be helpful for HIV vaccine.

To find a solution the researchers got the T cells of the patients with HIV. The T cells were kept separately with peptides which are important for survival of both the human and feline AIDS viruses. After comparing the two viruses with peptides it was discovered that one specific area on FIV has prompted T cells to kill HIV. It was found that the feline area through human cells has to be conserved means it is there in many similar viruses like AIDS in animals.

The Feline virus is crucial as it is not able to transmute the virus for survival. Prof. Yamamoto said that till now there is no vaccine to prevent viral disease. The cat vaccine is new and we have not used such approach till now.

Dr. Jay A. Levy, professor of medicine at the University of California, San Francisco, and study author, points out that the findings have no intention that feline AIDS virus can infect humans. “In fact the cat virus is similar to the human virus therefore the cross reaction may be monitored.”

Prof. Yamamoto informed Medical News Today that the research should continue on the areas of FIV and the areas of monkey AIDS virus. "The research should be conducted like the vaccine components of cats to treat the disease and monkeys against SIV prior to phase I medical attempts in humans. The Food and Drug Administration needs to test two animal species prior to humans.” The result of this test will be the rise of improved FIV vaccine. Hence the work will be useful for cats and humans.