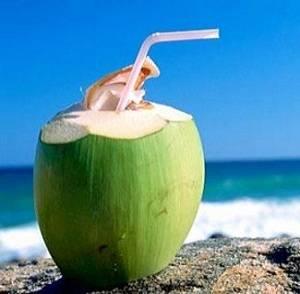 Coconut water really does deserve its popular reputation as Mother Nature’s own sports drink, a new scientific analysis of the much-hyped natural beverage concludes at the 244th National Meeting & Exposition of the American Chemical Society (ACS).

Consumers who want a natural drink to keep them hydrated while they exercise may want to consider coconut water.

The researchers found that coconut water contains up to 1,500mg of potassium per litre, compared with up to 300mg per litre for two commercial sports drinks. The study suggests that the drink is ideal for those enagaing in light exercise. It also is high in healthful antioxidants.

Potassium is important during exercise, as it helps to rid the body of muscle cramps, according to researcher Dr Chhandashri Bhattacharya.

Dr Bhattacharya, who presented the findings at a national meeting of the American Chemical Society, said: 'Coconut water is a natural drink that has everything your average sports drink has and more.

'It's a healthy drink that replenishes the nutrients that your body has lost during a moderate workout.'

However, the researchers also found that coconut water is lower in sodium than commercial sports drinks, making it less suitable for those engaging in strenuous exercise, who lose more sodium when they sweat.

Coconut water is also a healthy option and thanks to its low levels of fat, carbohydrates and calories.