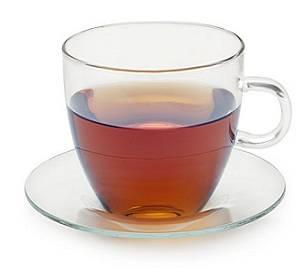 LONDON: A lifetime of tea drinking can significantly reduce the risk of ovarian cancer in later life, according to the results of a new medical study.

Ovarian cancer is a disease in which abnormal cells in the ovaries multiply and form an invasive (malignant) tumour. Such tumours can spread to other parts of the body through metastasis. Ovarian cancer symptoms include bloating, abdominal pain, incontinence and irregular bleeding.

Women who begin drinking tea at a young age and drink the beverage more often are less likely to get the disease, which affects around 7,000 Britons a year.

The results of the study were published in the journal Cancer Epidemiology and have been welcomed by the Tea Advisory Panel.

Health experts conducted a two-year study of 1,000 women with an average age of 59, half of which were diagnosed with ovarian cancer, while a controlled group of 500 were free of the disease.

They were questioned about their tea drinking habits from how often they made a cup, what kind of tea they drank and when they first started.

The researchers discovered that the women without cancer were more likely to be tea drinkers from an earlier age than those diagnosed with the illness.