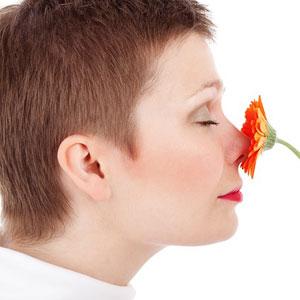 There is nothing new about the harmful effects of eating foods with high fat content and doctors always advise against eating such foods as the pave way for certain killer ailments in humans. Some studies indicated such diets enhance risk of breast cancer, too. However, findings of a new study indicate eating high fat food can also affect your sense of smell in an adverse way. The lab tests carried out on rodents has revealed this. The study finding, now available in Journal of Neuroscience was carried out by researchers hailing from Florida State University.

The study was led by researcher Nicolas Thiebaud and he was assisted by Professor of biological science Debra Ann Fadool. They experimented on a group of lab mice and fed them high-fat diet daily for a period of 6 months. The mice were given high-fat food and taught to relate between reward and particular odors. The researchers observed that mice given high-fat diets became slower to associate the odor and reward, which was water. This indicated diminishing smelling capabilities in the rodents. The lead researcher Nicolas Thiebaud said, “This opens up a lot of possibilities for obesity research.” It may so hapen

Fadool said, "Moreover, when high-fat-reared mice were placed on a diet of control chow during which they returned to normal body weight and blood chemistry, mice still had reduced olfactory capacities. Mice exposed to high-fat diets only had 50 percent of the neurons that could operate to encode odor signals."

It was observed that when mice fed high-fat diet was again given regular rodent chow they lost body weight but the reduced olfactory capacities persisted in them. Fadool admitted it is not clear if the study findings are true about humans at this point. The findings have received mostly positive response from medical fraternity.

The researchers are encouraged by the study findings nevertheless and they want to carry out more extensive and related researches in near future. Next, they want to use exercise and see its role in olfactory system performance. They also want to carry out experiments to see whether high-sugar diet affects sense of smell or not.