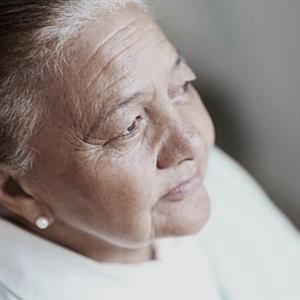 According to a study published in the journal Neurology people who are aged are prone to get beta-amyloid plaques in the brain if they are suffering from hardened arteries which are an indicator for Alzheimer’s disease.

According to the National Institute on Aging, when small pieces of protein called beta-amyloid clump together that is when plaques are formed in the spaces between the brain's nerve cells. This is a common process in aged people. However people with Alzheimer's disease are more prone to get plaques within specific places in the brain, in comparison with people without the disease. In order to study, researchers from the University of Pittsburgh have scanned the brains of 91 people who were at the age of 87 at an average, and they did not undergo any form of dementia. The study by the researchers was related to find out if the people had any plaques in the brain and the stiffness of the arteries of the people was measures after 2 years. Around half of all participants had beta-amyloid plaques. These people likely had high systolic blood pressure and higher average blood pressure, when compared with those without plaques. The researchers understood that people with beta-amyloid plaques also showed higher arterial stiffness when the researchers used the ankle-brachial index method which is a test that finds arterial deficiency in a limb.

Moreover, with increase in ankle-brachial arterial stiffness, it leads the participants to be twice likely to have beta-amyloid plaques in their brain. People with both amyloid plaques along with white matter hyperintensities present in the brain lesions were considered to be most likely to show arterial stiffness. Dr. Timothy M. Hughes of the University of Pittsburgh clarified the findings to Medical News Today: "With the help of pulse wave velocity (PWV) as means to measure arterial stiffness, we discovered that every unit (1 standard deviation) rise in systemic arterial stiffness was linked with increase in the likelihood to have amyloid presence twice in the brain. The possibility to have both white matter disease and amyloid presence in the brain was increased by stiffer arteries. Increase in Every unit in systemic and central PWV increases the chances of high amyloid and high white matter lesions by 2.79- and 3.83-fold, respectively. These relationships were independent of age, gender and body mass index, current blood pressure and taking antihypertensive medications."

Dr. Hughes told Medical News Today that more studies are required to know if amyloid deposition in the brain is a reason or outcome of dementia. "These kinds of Studies suggest that amyloid deposition in the brain could be related to age and risk factors like hypertension and arterial stiffness play important role. It is important for these relationships to be independent of antihypertensive medication use, as it demonstrates the results of arterial stiffness are independent of current blood pressure. The treatment for anti-hypertensive currently doesn’t have effect on reversing arterial stiffness. As we grow old our arteries harden. High blood pressure promotes stiffening. To target arterial stiffness cardiometabolic risk factors should be targeted, like obesity and insulin resistance, with physical activity and weight loss."