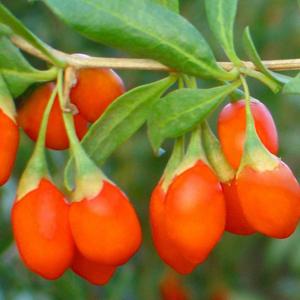 Just when everyone was giving up hope with any improvement in flu vaccines and their potency in fighting the dreadful flu, science has come up with yet another weapon to combat this problem namely goji berries. Having tested this new nutrient on mice as a part of research, the team of scientists has been able to prove conclusively that a diet of goji berries did contribute significantly in aiding the body towards overcoming flu.

To establish the efficacy of this fruit as a potential flu-fighter, scientists selected mice aged between 20 and 22 months and divided them into two groups wherein one group was administered control diet and the other was fed a diet comprising of 5% goji berries. Both groups were simultaneously injected with flu vaccine and then infected with flu’s viral contagion.

After a month when the mice were tested for flu and associated factors like weight loss, scientists were pleasantly surprised with the results. It was found that the group that had been fed goji berries with their diet showed greater resistance against the flu and reported lesser weight loss too.

Having acquired promising results, scientists decided to take the study a step further by isolating immune cells and infusing them with a goji berry concentrate. A week later when the cells were tested they revealed a stronger response towards provision of immunity. Though it was not clear as to which constituent of the berry enticed such a response, the finding was nevertheless viewed upon as an important milestone in the continued battle against flu.

Whether the fruit will trigger a similar response in human beings is an aspect that is yet to be explored. One line of thought that has been put forth argues that much of the flu fighting capacity of goji berries is attributed to its composition which is made of complex carbohydrates, vitamins, flavonoids and carotenoids. As per scientists it is these components that stimulate the immune cells in the body and provide them the capacity to block flu from assuming serious proportions.

The fact that though its presence goji berry activates the vaccine is believed to have long-term ramifications in terms of age factor because scientists have observed that as people grow older their immune system weakens and as a result they are more susceptible to flu. As compared to youngsters, flu vaccine has been found to be protective only to the extent of 40% in case of elderly thus rendering the probability of serious complications much higher.

In such a situation, finding a natural substance that helps to make the flu-vaccine more effective is truly a breakthrough for the research community because it would drastically impact not just the number of cases but greatly reduce the possibility of it aggravating.