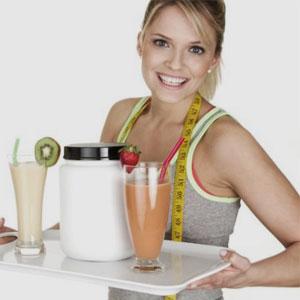 According to a study published in The Journal of Lipid Research the scientists say that by following a particular diet in which there is a type of fat present in high quantity will help to reduce weight by increasing metabolism. Findings of researchers from Texas Tech University say that their research may lead to the growth of supplements and a diet program that will help to increase the metabolism and at the same time reduce muscle fatigue. The skeletal muscles of the people who are obese have a certain enzyme called as SCD1 which helps to melt down saturated fats say the researchers.SCD1 works in order to convert saturated fat in to monounsaturated fat which is easy and simple to metabolize.

Researchers say that this enzyme is usually produced by liver which is dependent on the amount of fat in the food taken and fatty adipose tissue produces this enzyme continually in order to regulate itself. Scd1 that ifs found in the skeletal muscles of people who are obese increased the metabolism in a mouse research and it may lead to human diet supplements. However, the enzyme is mostly produced in the muscle which is exercised or the skeletal muscles of obese people say the researchers. To find out the correct mechanisms the researchers decided to alter the mice to see if their muscles will constantly produce the enzyme.

Later researchers compared a modified mice with the wild mice. The mice which were genetically modified showed high levels of polyunsaturated fats when compared to the wild mice. It meant that the mice which were modified consumed more food. But they weighed less and their exercise ability increased. Ched Paton, assistant professor of nutritional biochemistry in the Department of Nutrition, Hospitality and Retailing at Texas Tech University, explains: "Genetically modified mice had a hyper metabolic rate with increased energy. Means the mice wouldn’t get fatigued even after 70 minutes of exercise when compared to the wild ones which were fatigued after 7 to 10 minutes."

Due to this researchers wanted to take a deeper look into the skeletal muscle. It was found that increased SCD1 with increased food intake produced more linoleic acid in muscle tissues. The acid will trigger the muscle cells DNA which would motivate the cells to create mitochondria, and turn on the protein which hints the cell to melt fat to get excess energy. This is called uncoupling."

Prof. Paton mentions that the findings will have the supplements for a human dist to get the same result he says:"The human genome can’t be changed but if the same part of DNA in the human skeletal muscles is activated it will burn the excess fat and turn into energy rather than storing it. It is an alternate people might take to switch on the cells metabolism, increase mitochondria and burn energy”

A healthy diet discourages gut microbes that can trigger obesity was suggested in the study.