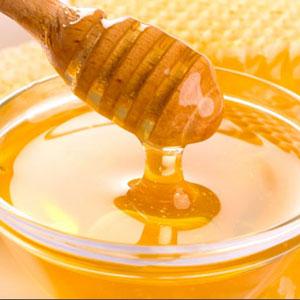 The Lancet Infectious Diseases in which a trial was published states that if you apply honey that is medical grade to the wounds of people who are undergoing dialysis has no major advantage than normal antibiotics usage.

It is said by the researchers that this finding may disappoint clinicians as some of them looked forward to honey as it would be a better replacement instead of antibiotics. A procedure that is in use in order to clean the blood in patient suffering with kidney failure is peritoneal dialysis. In the peritoneum - a thin membrane surrounding organs in the abdomen catheter is inserted to carry it out.

Each year around 200000 patients are treated with this procedure but there is risk involved as there may be infection on both sides of the catheter insertion or in the peritoneum, which is called peritonitis, say the researchers. Sometimes it is treated with antibiotics but according to the researchers only some of the infections are covered by the use of antibiotics. If the antibiotics are overused it contributes to antibiotic resistance. In a recent report in Medical News Today it was stated that bacteria speak a "universal language" to put up antibiotic resistance.

As an innovative and less expensive with high affects antibacterial honey has shown assurance as a "prophylactic agent" which does not support resistance from microbes. Say the researchers. When the standard honey is sterilized the result is medical honey. The result of the encouragement of the findings around the bee-made compound, Australian researchers tested how honey effected after everyday application on the wounds of patients receiving peritoneal dialysis. This was compared to standard antibiotic treatments which is a nasal application called mupirocin.

Out of 371 patients who were recruited from 26 medical centers from both Australia and New Zealand 186 got everyday application on the wound by the catheter insertion of 10 mg of medical grade honey.

The 185 patients of control group who were tested for nasal carriage of Staphylococcus aureus and were treated with the antibiotic mupirocin if they tested positive. And were treated with standard care if they tested negative. The time difference for first infection was average in both the tests. Honey group patients had 16 months until their first infection, and the control groups average of 17.7 months. Diabetic patients had an average of 11.6 months for the first time to infection with the risk of peritonitis which was twice as high, in comparison with the control group patients. Due to the findings, the researchers say that honey is not recommended for the prevention of infections associated to peritoneal dialysis.

Professor David Johnson, of the Australasian Kidney Trials Network, says that they the patient withdrawal rate was high from the honey group at either the request of the patient or physician.This means the patients were uncomfortable with the treatment.

Professors Achim Jörres and Wim van Biesen state that the effectiveness of honey is not discouraged completely because of properties of honey as an antibacterial agent: "Though the result of the study proves the efficiency of mupirocin than Medihoney, the question of if patients having a healthy catheter exit site for peritoneal dialysis are meant to receive prophylactic treatment has to be addressed. With the principle of primum non nocere (first do no harm), the solution to protection of exit-site integrity is best catheter fixation and prevention of unnecessary exploitation."