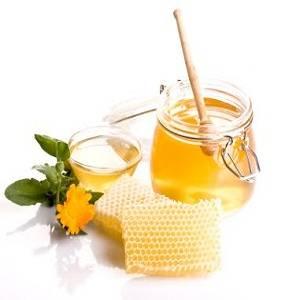 Children with problematic coughs may benefit from a spoonful of sugar, a study has shown.

Honey has long been used to ease the symptoms of coughs, and the latest research in Pediatrics journal backs up the practice.

Scientists at Tel Aviv University recruited 300 children, aged one to five years, to take part in the study.

All of the children had an upper respiratory tract infection with a night-time cough that had lasted for no more than seven days.

The youngsters were given a single 10g dose of eucalyptus honey, citrus honey, labiatae honey or a placebo (dummy treatment), which was administered 30 minutes before bedtime.

All of the children tended to show improvements in symptoms - such as the frequency and severity of coughing and the quality of their sleep - during the night, according to surveys completed by their parents the following day.

The study authors wrote: 'Parents rated the honey products higher than the (placebo) for symptomatic relief of their children's nocturnal cough and sleep difficulty due to upper respiratory tract infection.

'Honey may be a preferable treatment for cough and sleep difficulty.'