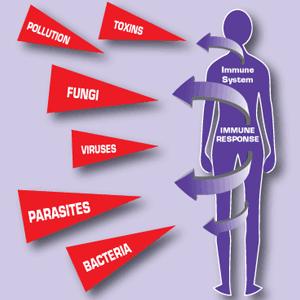 The immune system is capable of “remembering" specific viruses and accumulate those details in cells called B memory cells which exist in the lungs in order to keep future infections at bay. However according to a new study the flu virus takes benefit of this and makes use of them in the way the memory cells accumulate its details to identify and destroy them, by this way the immune system's first wave of responding and defending against virus re-infection is wiped out.

In a recent issue of Nature a study, which was led by the Whitehead Institute for Biomedical Research in Cambridge, MA, is published online. In our body the immune system creates virus specific B cells which create antibodies particularly related to the pathogens in order to bind and disarm them. The memory cells can develop by multiplying and give off the antibodies which slow down virus creation and it in the long run is destroyed. With regard to the flu virus, the immune system holds a population of virus-specific B cells back in the lungs and they are known to be on "standby" in case the virus tries to infect at a later stage.

The memory B cells keep their information of specific virus in high-affinity virus-specific receptors on the surfaces of their cells, this way they are ready to find and bind to that specific virus when it attacks. It is known that their strengths and weaknesses are same, as the flu virus makes use of arms to trace those cells, get entry into them, and start to destroy their antibody factories, and ultimately kill the cells. After disarming the first defense of immune system, the virus has enough time to multiply to cause infection by the time immune system builds second defense.

Study co-author and postdoctoral researcher Joseph Ashour says: "This can be now added to the growing list of ways in which the flu virus has to set up infection." To show this series of events, the team made use of mice which were bred to have B cells that specifically strained a particular type of flu. The procedures were complex, but they allowed them to follow the interaction of a particular flu virus with B memory cells in an exceptional method to establish how the virus counterbalances B cells particular to itself.

The team doesn’t find any reason why this might not affect other types of virus, as co-author Stephanie Dougan, also a postdoctoral researcher, explains: "Highly effective immunological models for various pathogens can be made. This is a perfect model to study memory immune cells." Dr. Ashour says the study may lead to better vaccines for seasonal flu and propose new ways to create immunity. Funds from the Cancer Research Institute, the National Institutes of Health, the Pancreatic Cancer Action Network and the Human Frontiers Science Program financed the study.

In 2012, researchers from Northwestern University published a study which is another example of how the flu virus destroys the immune system. They demonstrated the virus reduces the key immune system-regulating proteins production by changing the expression of genetics in human lung cells.