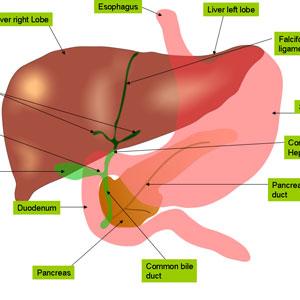 Intercept Pharmaceuticals Inc. has created ripples across the medical and pharmaceutical industries with its liver disease drug, obeticholic acid. In an extensive study, the drug has shown signs of improvement in case of a rare liver disease in middle aged women. The results of the late stage clinical trial were presented on Sunday which shows that the drug reduces the need for liver transplant and chance of death.

Half the patients suffering from primary biliary cirrhosis who underwent the clinical trial were given the drug and achieved the primary objective of the study. Of the other half that was on placebo, only 10 percent showed such success. Primary biliary cirrhosis or PBC develops when the ducts of the liver that transport bile out of the organ are destroyed by autoimmune response. This leads to buildup of bile acids that are toxic to the body. The main goal of the study was to reduce the levels of alkaline phosphatase by at least 15 percent and get serum alkaline phosphatase activity to less than 1.67 times the upper limit of the normal. Alkaline phosphatase is a biomarker that is used to detect level of severity of liver diseases.

The lead investigator of the study and chairman of the hepatology department at the University of Leuven, Belgium, Dr. Frederik Nevens, said in an interview that the results are highly significant. “Reduction in alkaline phosphatase is really the best prognostic factor for survival,” he said. “Patients are dying and needing liver transplants. If this drug comes on the market, I see no reason why we wouldn’t use it.” He is confident that the drug will make medical treatment for PBC affected patients much more convenient when it comes out as once-a-day pill.

The results were presented at the annual meeting of the European Association for the Study of the Liver in London. It contained the results of 217 patients’ Phase III results. The drug, obeticholic acid, is the first in its class and it is being studied for those who have negative reactions or inadequate response to the standard generic medicine, urosdeoxycholic acid. Obeticholic acid is in testing phase for the treatment of yet another fatty liver disease called nonalcoholic steatohepatitis. It is much more common and when the Phase II study of the drug showed it was very effective for this condition, Intercept’s stock price went up to $300 a share.