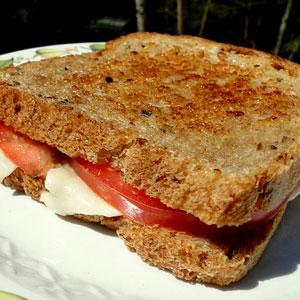 Doctors and nutritionists have always praised the Mediterranean diet, highlighting its numerous benefits for health. It is said to be beneficial for reducing risk of diabetes and cardiovascular ailments. A new study indicates that adhering to Mediterranean diet can be beneficial not only for adults but it is good for kids too. Kids who adhere to this diet have fewer chances of becoming obese, says the Swedish study. The findings were independent of factors like region, socio economic condition, gender and age, as per the study findings.

As a matter of fact, Mediterranean diet stresses on consuming legumes, fish, vegetables and olive oil. It has influence of traditional dietary habits of Spain and Italy. In this diet, eating red meat is not encouraged and including poultry and fish consumption is advised.

University of Gothenburg’s Gianluca Tognon led this study with aid of an international team of co-researchers. The study authors reached the conclusion that children adhering to Mediterranean diet are 15 percent less likely than others to become overweight. Tognon said, "The promotion of a Mediterranean dietary pattern is no longer a feature of Mediterranean countries. Considering its potential beneficial effects on obesity prevention, this dietary pattern should be part of [Europe's] obesity prevention strategies and its promotion should be particularly intense in those countries where low levels of adherence are detected."

The researchers made use of IDEFICS study data. It involved 8 countries of Europe. To understand how adherence to this diet affects health of children, the research team interviewed parents of these kids in detail. They deployed a specially made questionnaire for this purpose. The children ate 43 types of foods while adhering to this diet and the frequency of eating was analyzed. The researchers took into account body fat percentages, waist circumference and weight of the kids hailing from 8 countries. They also talked over telephone with the parents.

It was found that Sweden was the country where kids stick to the Mediterranean-like diet most. The adherence was the lowest in kids from Cyprus which was baffling. The study findings were later presented at in Bulgaria’s Congress on Obesity.