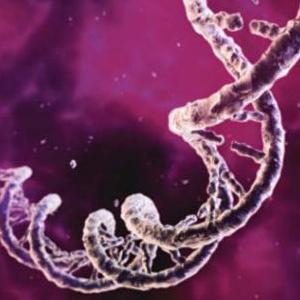 Scientists have come up with a study that uncovered one of the actual reasons for the aging process in a human. According to the study that was published in the Nature journal, it was revealed that the aging process in a human is not just a result of the environment in which we live, the changes in our body and the other factors, but it also happens as a result of the genes transferred from our mother to us.

According to the researchers, the aging process in a human is very much dependant on the mitochondria, which acts as a power plant in every single cell present in the body.

The mitochondria is positioned within the cells of the body and produces the Adenosine 5'-triphosphate (ATP). The ATP supplies the required chemical energy for the cells functioning.

Nils-Göran Larsson, one of the chief researchers said, “The power plant, mitochondria consists of its own DNA which undergoes a lot more change than the DNA present in the nucleus, which apparently plays a very significant role in the aging process”, he also said that the vast changes in the mitochondria results in depriving the cells of its energy production in the long run.”

The researchers conducted the experiment on a mice to find out the importance of mitochondrial mutation in the aging process. They found out that the DNA mutation transmitted by it, by a germ line, was in a very low level.

With the help of the MRI scan, the researchers were able to identify the different stages of the mutated DNA in the power plant of the mice, that increased the aging process.

They concluded that though the damage to the mDNA (mitochondrial DNA) can happen throughout the lifetime of a person. However it is also the result of the genes passed on from the mother to the child that speeds up the aging process.