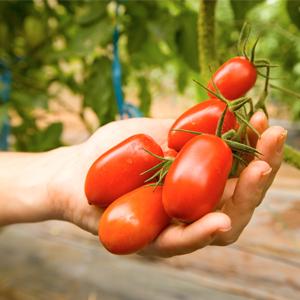 Cancer claims millions of lives every year across the globe and kidney cancer is a strain that has a major stake in that number. A new research indicates that it is possible to lower the risk of developing this cancer for women if they eat tomato and produce enriched with lycopene. As a matter of fact, Lycopene is a beneficial antioxidant that is responsible for reddish hue found in fruits and vegetables like grapefruit, papaya and watermelon. In fact, some previous studies also indicated it plays a role in fighting other strains of cancer.

The study was carried out on as many as 92000 women candidates who entered menopause. They tracked the health condition of these women from mid 1990s to last year. The researchers took into account supplement usage of these female candidates for this study. In the duration, 383 women were found to be afflicted with kidney cancer. The researchers tried to find out link between other vitamins minerals, and kidney cancer. The participants had to complete questionnaires which were analyzed later by the researchers.

The study showed among the nutrients only lycopene played a positive role in kidney cancer risk reduction. The study authors said women eating Lycopene rich produce had 45 percent lower risk for developing kidney cancer compared to women who did not eat such vegetables and fruits. Findings of the study were presented recently in American Society for Clinical Oncology’s annual meeting which took place in Chicago.

Dr. Won Jin Ho, a study researcher, associated with Ohio’s Case Western Reserve University said, the women who ate maximum amount of produce with lycopene got it not only from raw tomato but also from tomato sauces and other fruits. He added, "The highest amount of lycopene in a woman's daily diet is equivalent to the amount in four tomatoes”.

Incidentally, Lycopene is often praised for having several other beneficial properties by medical community. A Harvard Medical School in 2012 indicated the compound may play a role in reducing risk of stroke. Another research carried out last year indicated it can enhance fertility in men. Apart from Tomato, Lycopene is found in carrots, papaya and Red Cabbage among others.