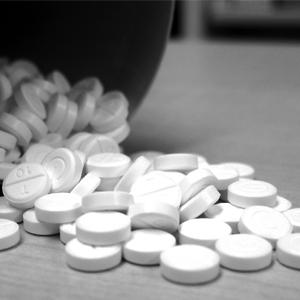 Millions of women and men resort to sleeping pills to beat those insomniac nights when everything else fails. However, doctors have always warned that using these pills can lead to serious side effects in the long run. A new study has corroborated the earlier theory. It shows the regular usage of sleeping pills can hike danger of cardiovascular woes, especially in people with a history of heart failure. The Japanese researchers went through medical records of more than 100 candidates who were treated at the Tokyo Yamate Medical Center between 2011 and 2013. They found sleeping pill usage can enhance the possibility of cardiovascular problem in heart failure victims by eightfold.

The researchers gathered data on existence of cardiovascular and clinical conditions in candidates, medications given to the victims, laboratory test results etc. The candidates were segregated into 2 groups. The first group comprised of people with heart failure record and preserved ejection fraction. The people in the second group had heart failure along with reduced ejection fraction. They were observed for a period of 6 months post discharge from hospital.

Dr. Masahiko Setoguchi, the study author said, “Sleeping problems are a frequent side effect of heart failure and it is common for patients to be prescribed sleeping pills when they are discharged from hospital. They also have other comorbidities and may be prescribed diuretics, antiplatelets, antihypertensives, anticoagulants and anti-arrhythmics”.

The study did not actually lead to a cause and effect scenario, but the researchers feel sleeping pills can affect breathing along with heart health. The study findings have caused a buzz in the medical community, as expected. NYC’s Mount Sinai Hospital’s Dr. Sean Pinney said, “The results from this small, single-center study raise a potential alarm about the use of benzodiazepines in a heart failure population”.

Dr Pinney admitted many of the study participants are aged and suffer from other ailments. However, he noted that some other studies also indicated about adverse events in people using sleeping pills. He concludes it is best to evade using these sleep inducing drugs, especially for people with a history of cardiac failure.