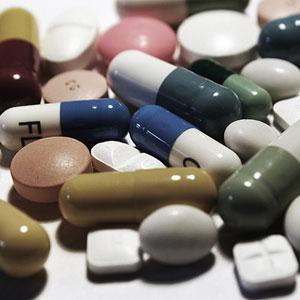 Skin cancer claims millions of lives worldwide every year and researches are being conducted to find suitable remedies. A new drug has been found to be beneficial for lengthening life span of skin cancer patients, according to a new study. Application of this drug helps the immune system of a victim’s body to attack cancerous cells. Advanced skin cancer, when spread to other body parts, has a poor prognosis resulting in a tenth of affected lot living for over a year post diagnosis.

Royal Free Hampstead NHS Trust’s Consultant Medical Oncologist Dr David Chao said, “Pembrolizumab looks like it has potential to be a paradigm shift for cancer therapy. The survival results seen in the study which are the most meaningful measures of success to doctors and patients alike, are very promising and could benefit the many patients with advanced melanoma in the UK.” The discovery holds importance for cancer patients in other countries including India.

Skin cancer is on rise in the UK and every year nearly 13000 patients of malignant melanoma are diagnosed in the country and the hike in number has alerted doctors. The study finding was revealed to American Society of Clinical Oncology’s annual meeting. It was found a majority of cancer patients showed improvement after the drug was administered on them. In fact, this drug is going to be tested for treated 30 strains of cancer.

The drug makes immune system of a cancer patient’s body to treat cancer as invader and attack it. Melanoma UK’s founder Gillian Nuttall said, “Advanced melanoma is a terrible disease with a poor prognosis. Pembrolizumab represents the latest advance in a whole raft of new treatments in advanced melanoma which have come through over the past few years. The pembrolizumab results are really exciting and could represent a turning point for patients affected by advanced melanoma giving them a greater chance of survival.”

The makers of this drug, MSD are trying to obtain a European license in 2014 and in the USA, it has got nod for fast-track licensing. The response of doctors and researchers working cancer treatment has been favorable. The chief clinician of Cancer Research UK, Professor Peter Johnson said, “It’s exciting to see the range of new treatments that are emerging for people with advanced melanoma. These new therapies harness the body’s own immune system to fight this cancer that has previously been so hard to treat effectively.”