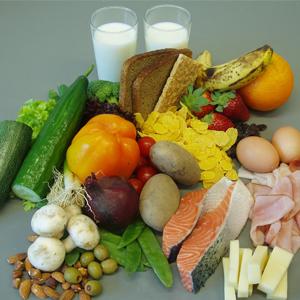 Weight loss has become priority for a significant part of global human population nowadays with obesity assuming the role of a gigantic health menace. It is affecting people from nearly all age groups across the world and the medical community is worried about the rise. While doctors and health experts advise obese people to exercise and lead active life, there is no way you can deny the role of a proper diet in this regard. A new study carried out by researchers from University of Sydney reveals it makes sense to switch to high protein diet if losing excess body weight is a priority for you.

As per the study findings, using calorie value of foods is not enough or ultimate way to assess importance of foods for humans. The research carried out on moneys and larger apes show different macronutrients like carbohydrates, proteins and fats play major role in energy intake and regulating appetite. In such animals, total energy intake is more important compared to getting correct nutritional balance.

Nutritional ecologist Professor David Raubenheimer said on the study at University of Sydney, "Foods are complex mixtures of nutrients and these do not act independently but interact with one another. The appetite systems for different nutrients compete in their influence on feeding”. The team feels that eating foods with higher amount of protein and low fat can be helpful to combat weight gain.

For this study, the team observed baboons living on proximity of human settlements. They discovered these animals try to eat balanced diet. Raubenheimer said, "This suggests that the baboon values getting the right balance of nutrients over energy intake per se.” Earlier studies showed orangutans and spider monkeys also have the same mindset about foods they eat. If these primates do not get balanced diet they still manage to eat foods with high amount of protein and little fat.

Professor Raubenheimer added that humans should stick to diets similar to Paleo diet, which stresses on eating whole foods and discarding junk foods. He said, "A simple rule for healthy eating is to avoid processed foods – the closer to real foods the better. Our bodies and appetites are not adapted to biscuits, cakes, pizzas and sugary drinks, and we eat too much of them at our peril." As it is celebs and actors with hour glass figure also prefer high protein and low carb diets, latest examples being Tim McGraw and Robin Wright.