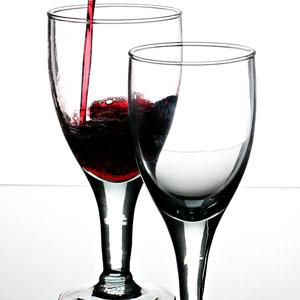 There are many beverages people get addicted to but the fan following red wine has, is quite admirable. A new research has indicated potential health benefits of red wine that can give its fans reasons to cheer about. Those who think drinking this beverage can stain their teeth may be delighted to know the study finding. As per the findings, drinking red wine can be fruitful for oral health. The researchers think red wine drinking may help you cope with cavities and dental problems better. The study finding, now available in journal of Agricultural and Food Chemistry, was carried out by M. Victoria Moreno-Arribas, and colleagues.

The researchers said dental diseases affect billions of people across the globe. From tooth loss to periodontal disease, the types of such diseases are numerous. The fluoride rich toothpaste and brushing have limited effect in removing plaque causing bacteria from mouth, as it has been seen. As a matter of fact, existing antimicrobial rinses can alter gum color and affect taste bud functioning, making them undesirable for a majority of victims of tooth decay.

The Spanish researchers, who carried out this study, deployed young Pinot Noir wine to reach the conclusion. They also used a de-alcoholized variant of this wine. They also took saliva samples from study candidates to examine their oral health condition well. After the tests, they found that ethanol, which is found in wine eradicates bacteria as it is antimicrobial. The nice thing is that non-alcoholic wine also has the same effect on oral bacteria.

The study authors said in a statement, “Since treatments of the biofilm with both wine and dealcoholized wine inhibited F. nucleatum growth, it was likely that other wine components -- apart from ethanol -- had antimicrobial properties against this bacteria species.”

However, the researchers also said it is too early to say using red wine is ideal to treat with cavity causing bacteria. The study was conducted in a simulated lab environment, after all. They added the cavity fighting capability of red wine variants can be used to incorporate them in toothpaste and mouthwash in the near future.

Red wine drinking can stain your teeth as well. To get rid of the teeth stain caused by the liquor, you may gulp it down with hard cheese which waxes and polishes the teeth. Drinking much white wine can have the opposite effect, warn researchers, owing to its high acid content.