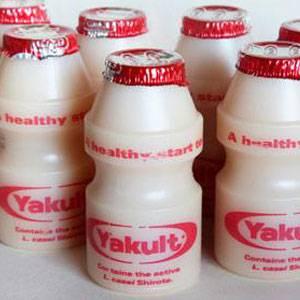 People resort to several measures to get rid of the menace called obesity, as it is. From trying new diets to working out vigorously at gym, obese people leave no stone unturned to shed off the ugly layers of flab. The finding of a new study reveals consuming yogurt laden with probiotics 'friendly bacteria' can help combat weight gain.

The researchers chose lab mice to carry out the experiments for this study. When they gave rodents on high fat diet probiotics they did not become obese and showed resistance to insulin. The study team found out the bacteria created a therapeutic compound over time in the guts. The study findings can now be found in Journal of Clinical Investigation.

Dr Sean Davies, Vanderbilt University’s Assistant professor of Pharmacology said, 'Of course it's hard to speculate from mouse to human. But essentially, we've prevented most of the negative consequences of obesity in mice, even though they're eating a high-fat diet.' Other studies have revealed that natural gut microbiota can play a role in controlling obesity and cardiovascular disease.

Davies added, 'The types of bacteria you have in your gut influence your risk for chronic diseases. We wondered if we could manipulate the gut microbiota in a way that would promote health.' The professor and his colleagues used E. coli Nissle 1917, a safe bacterial strain found often in the human gut. It was then modified genetically.

The mice given the modified bacteria with water had drastically reduced food intake, as they found out. They also had lower insulin resistance and body fat. The protective effect continued for at least 4 weeks in those rodents. Interestingly, even after 3 months of removal of modified bacteria the treated rodents had lower body fat and weight.

Speaking on the outcome of the study, Prof Davies said, 'We still haven't achieved our ultimate goal, which would be to do one treatment and then never have to administer the bacteria again. Six weeks is pretty long to have active bacteria, and the animals are still less obese 12 weeks out.’ Extensive studies need to be carried out further on this.