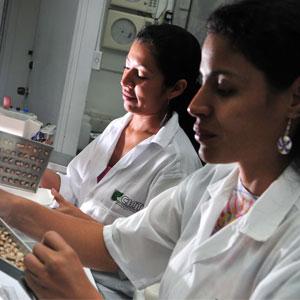 Mental disorders can affect people at various ages and some of them like schizophrenia can have severe consequences. A new study has indicated the disease may be related to several genes in human body. The study findings, now available online in Nature, reveal that some genes that regulate dopamine, a brain chemical play a role behind onset of schizophrenia. Same is the case with genes linked with smoking and immune system.

Stanley Center for Psychiatric Research’s director Steven Hyman, said, "Some are very familiar genes expressed in nerve cells, and some are results where you scratch your head and you know you have more work to do.” However, it does not necessarily mean schizophrenia is triggered by either cigarettes or inflammation.

The identification of so many schizophrenia genes in this study is actually more beneficial to scientists than patients. The patients will get benefits when the researchers and drug makers make use of genes to find out drug treatment targets. Hyman added, "In some sense, it's already giving us clues to the biology of this disease that ultimately will be exploitable to understand what is going wrong in the brain and most importantly for very much needed new treatments.”

This is not exactly the first time when scientists found a link between schizophrenia and immune system. Other genetic studies have pointed at a connection. Victims of schizophrenia sometimes exhibit signs of inflammation. Relatives of autoimmune disorder victims are more prone to developing schizophrenia than others. With this study, doubt about the link has been resolved.

The study was a very large scale one and involved 150,000 participants. Among them, nearly 37,000 had the mental disorder. There are some aspects of the study results that the researchers are not very sure about, as it is. For instance, they are unclear why genes related with smoking can play a role in onset of schizophrenia. Since the study is really large, the researchers will have to find out role of specific genes identified in development of the disorder. Hyman said, "Now we have 108 pieces, but maybe it's a 1,000-piece puzzle, so we have a long way to go.”