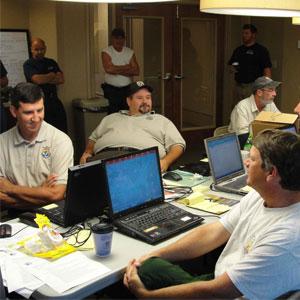 Nowadays, millions of women and men spend long hours sitting at workplace and home, thanks to sedentary lifestyle affecting human population. Along with the habit of watching TV soaps and movies for log hours, people also work for long period in front of computers both at home and workplace. Sedentary lifestyle has often been blamed for health complications and conditions like cardiovascular disease, metabolic syndrome and obesity among others. The findings of a new study indicate sitting for prolonged hours can also enhance risk of developing various types of cancer. The study findings have been published in National Cancer Institute Journal.

Interestingly, sitting does not increase risk only for people who do not exercise and are lazy as the study shows. Even those who lead active life can expose themselves to the risk of cancer development if they sit for a long time. As per the study findings, sitting for extra two hours a day can hike risk of colon cancer and endometrial cancer by 8 and 10 percent respectively. The risk of lung cancer is lower though.

The study authors reached the conclusion after analyzing as many as 43 existing studies involving over 4 million participants. While the study finds a link between cancer risk and sedentary behavior it does not necessarily establish a cause and effect relation. University of Alabama’s surgical oncology chief Dr. Martin Heslin said on it, “Does sitting in front of the TV cause colon cancer? No. But the recommendations (of the study) are awesome.” Heslin also added that along with sedentary behavior there are some factors that also contribute to cancer development in humans. These are smoking and excessive drinking. While a single behavior may not cause cancer it is important to evade the addiction.

Germany’s University of Regensburg's Daniela Schmid who was a co author of this study, said, "The findings of our study may encourage public health efforts to expand physical activity recommendations to reduce time spent in sedentary behavior.” As it is, some earlier studies also indicated sitting for long time can be detrimental for health.

It was found that people who spent long hours watching TV were more prone to developing cancer. Ms. Schmid said this could be owing to the fact that TV addicts tend to gorge on unhealthy snacks and fast foods while watching various programs and soaps. She thinks people should try to cut down TV watching time and sedentary behaviors.