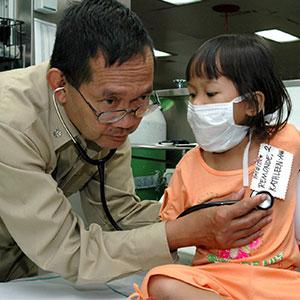 Air pollution has been blamed for causing numerous health problems over the decades and the findings of a new study corroborate those views. The UK based research indicates air pollution can lead to blood clots in human lung and enhance risk of irregular heartbeat development. However, its impact on stroke and cardiac attack is not clear. The data shows air pollution exposure can harm elderly lot more than others. The British Heart Foundation lauded the study but added extensive studies are needed on the topic.

The study team at London School of Hygiene & Tropical Medicine gathered and analyzed data collected in Wales and England taken in 2003 to 2009. They discovered short-term air pollution exposure was linked to abnormal heart rhythm. The lead author of this study, Dr Ai Milojevic said the people aged 75 or more were found to be more vulnerable.

She said, "Our study found some evidence of air pollution effects on irregular heart beat (arrhythmia) but no clear evidence on heart attack (Myocardial Infarction) and stroke which represents ultimately blood clotting process[es]. Elderly people and hospital patients with chronic ischaemic heart disease or irregular heart beat are observed to be at particular risk." The study findings can be found in Heart journal.

Air pollution takes a toll on a large part of population, as is evident from WHO data. In 2012, around 7 million people succumbed to death owing to this menace. Air pollutants are in several forms like particles, chemicals like nitrogen dioxide, carbon monoxide and pollens.

Speaking on the study findings, senior cardiac nurse Julie Ward, said, “This research adds weight to what we already know, but goes further to suggest a link between air pollution and an increased risk of blood clots in the lungs and heart rhythm atrial fibrillation. As with many studies, we do need to look at the bigger picture and, although this is a large comprehensive study, it did have its limitations.” She said the study is important but it cannot point out the exact procedure in which pollution affects heart functioning.

An accompanying editorial, drafted by University of Edinburgh cardiologists indicates particulate matter in air is thought to be the main reason behind 3 million deaths all over the world. Those people died mostly from stroke and heart attacks. The study authors concluded, "The current lack of consistent associations with contemporary UK data may suggest that as the fog begins to clear, the adverse health effects of air pollution are starting to have less of an impact and are more difficult to delineate”.