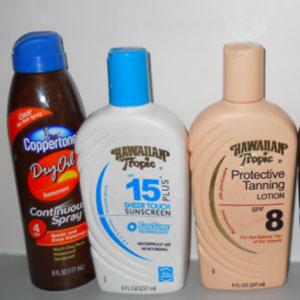 Dermatologists and skincare experts recommend using sun screen for both men and women for protecting skin from harmful UV ray and sunburn. While sun screen may not prevent screen cancer entirely, its usage can reduce the risk. However, a new study finding now indicates it is applicable not only for adults. Even kids may benefit from consistent sunscreen usage and they can be safer from risk of melanoma in adulthood.

The Texas Biomedical Research Institute researchers carried out a study on animals that shows occurrence of malignant melanoma can be reduced in adulthood. It happens when sunscreen is used on regular basis from infancy. The research was executed by the theory that despite use of sunscreen more cases of skin cancer are being reported every year. As a matter of fact, American Cancer Society says 75,000 new cases of skin cancer would be detected this year in the USA. Melanoma kills a significant number of victims every year, indicates Skin Cancer Foundation.

John L. VandeBerg led this study. He said on the study, “While sunscreen is highly effective in preventing sunburn, this paradox has led some to question whether sunscreen is effective in preventing melanoma caused by ultraviolet (UV) light. It has been suggested that sunscreen enables people to receive more UV exposure without becoming sunburned, and that increased exposure to UV light has led to an increasing incidence of melanoma.” The study findings can be found in the journal Pigment Cell and Melanoma.

In this study, VandeBerg and his team made use of short-tailed grey opossums. These are Small marsupials found mostly in South America. They also used a sunscreen lotion with SPF15 to test efficacy. When the sunscreen was used on infant opossums they were found to be 10 times less likely to be afflicted with melanoma in adulthood compared to those who did not receive it. The opossums were exposed to UV light with low intensity for the experiment.

VandeBerg further said, "Based on these results, we speculate that the reason it is particularly important that sunscreens be used consistently in childhood, and especially in infancy, is because skin cells during growth are dividing much more rapidly than in adulthood, and it is during cell division that the cells are most susceptible to UV-induced damage. Evidence that supports this hypothesis is that melanoma is not induced in adult opossums when their shaved skin is irradiated by UV light in the absence of sunscreen”.