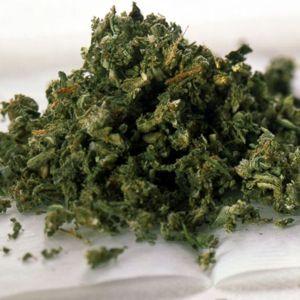 With time, new ways to fight and cure various types of cancer are being discovered. Scientists are trying to find more viable medications and natural remedies to stop spread of cancer worldwide. A new study finding shows cancerous tumor growth can be stopped by using marijuana. This groundbreaking research was carried out by a team of British researchers. The University of East Anglia scientists showed THC, a psychoactive ingredient present in cannabis can actually shrink tumors. The research team collaborated with Spain’s Universidad Complutense de Madridin.

The research team carried out experiment on lab rodents for this study. They injected THC in laboratory mice that had human cancer cells. They found two receptors responsible for THC’s disease-reducing effects. The study finding is available in Journal of Biological Chemistry. The scientists think it may not be far when a synthetic substitute for the psychoactive ingredient can be used.

University of East Anglia’s Dr. Peter McCormick said,” THC, the major active component of marijuana, has anti-cancer properties. This compound is known to act through a specific family of cell receptors called cannabinoid receptors. By identifying the receptors involved we have provided an important step towards the future development of therapeutics that can take advantage of the interactions we have discovered to reduce tumor growth.”

While the study findings are encouraging, McCormick acknowledged the fact that extensive tests need to be carried out before applying cannabis for fighting cancer. Similar views are held by UK cancer charities, like Cancer Research UK. As it is, Cannabis use remains illegal in several countries including the UK, Canada and Germany. Doctors usually do not recommend Cannabis to patients but Sativex, a Cannabis-based compound was made legal some years back. It is not easily available though.

Talking further on the study McCormick said, "Our findings help explain some of the well-known but still poorly understood effects of THC at low and high doses on tumour growth. There has been a great deal of interest in understanding the molecular mechanisms behind how marijuana, and specifically THC, influence cancer pathology.”He added that cancer patients should avoid using cannabis as self medication.