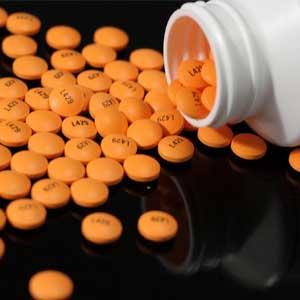 Studies are going on in various parts of the world regarding ways to find cure and remedy for various types of cancer. A new study has shown that taking low-dose aspirin for a long time may be good for reducing risk of pancreatic cancer. The study team said even if you take aspirin daily only for three years consistently the risk of pancreatic cancer may get lowered by 48 percent or so. Yale School of Public Health’s professor of epidemiology Dr. Harvey Risch led the study.

Dr. Risch said, “Aspirin use has potential risks of its own, thus the risks and benefits for each person have to be evaluated based on personal characteristics. For the small numbers of people with strong family histories of pancreatic cancer or who otherwise have been evaluated to be at increased risk of pancreatic cancer, aspirin use could be part of a regimen designed to reduce their risk.” The study finding is available in Cancer Epidemiology, Biomarkers & Prevention online.

Risch and the colleagues collected data for this study on 362 candidates who had pancreatic cancer. They also involved 690 other candidates who did not have the ailment. The candidates were admitted in 30 Connecticut hospitals. Their health record as analyzed and researchers took into factor habits and lifestyle aspects. The participants who were given low dose aspirin for longer duration showed better resistance top pancreatic cancer development, found the team. They also found people who stopped taking aspirin early again became vulnerable to this cancer.

Jacobs further said, "While long-term regular aspirin use lowers the risk of colorectal cancer, evidence is much too limited to draw conclusions about aspirin and pancreatic cancer. We do know, however, that the most important ways to lower risk of ever getting pancreatic cancer are to avoid smoking and maintain a healthy weight”.