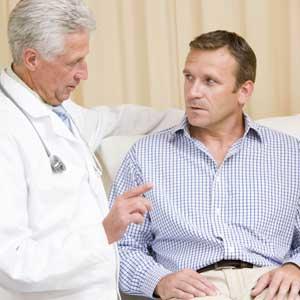 Prostate cancer, normally seen in men, is on a rise these days. Researchers have found that improper eating habits can also lead to prostate cancer in men. A recent research reveals that including supplements rich in Omega 3 or including fish oil in ones daily diet may increase the risk of prostate cancer.

The researchers carried on a survey of a large mass of people and they came to a conclusion saying that almost 71% of the males are at a risk of developing prostate cancer, as a result of high blood levels of omega 3 fatty acid.

The research came as a shock for many as omega 3 fatty acid, which is considered to be a good source for those suffering from heart ailments, on the other hand can risk them of prostate cancer. Alan Kristal, the senior author of the research says, “ Once again its been shown that, how using nutritional supplements can be harmful for health”.

Dr Iain Frame, who also is a part of the prostate cancer research team in UK, says, “Men who include Omega 3 fatty acids supplements or food such as fish oil(rich in Omega 3) in their diet, should be aware of other risks involved in taking such supplements”.

In conclusion, its was stated that though omega 3 fatty acid has good nutritional benefits, yet it should be balanced with other nutrients, over consumption of the same would just harm the body then doing any good.