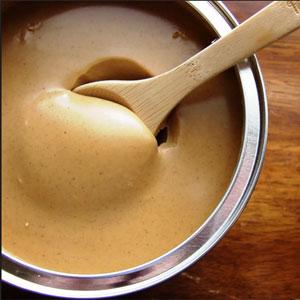 University of Florida Health researchers have found that a dollop of peanut butter and a ruler may be used to test Alzheimer’s disease in the early stages. The findings of a small pilot study were was reported by Jennifer Stamps, a graduate student in the University of Florida (UF) McKnight Brain Institute Center for Smell and Taste, and her colleagues in the Journal of the Neurological Sciences. While she worked with Dr Kenneth she thought of using peanut butter ton test for testing the smell sensitiveness as she noticed the sense of smell is related with the first cranial nerve it is the prime thing to get affected in cognitive decline.

"Dr. Heilman said, we can approve if you get something fast and cheap” Stamps says. Olfactory nerve can detect the smell and is easy to access. 5.2 million people are affected with the disease according to the Alzheimer's Association. It affects one person in every 68 seconds. The study had patients tested with closed eyes and mouth and armed one tbspn peanut butter and blocked one nostril. The spoon was moved 1 cm from the nostril to see if the patient detects the odor. The process repeats with distance recorded alternating the nostril after 90 seconds.

The scientist found that the left nostril couldn’t detect until 10 cm in early stages. Some patients in dementia had no difference or the right nostril had poorer detection ability. From the 24 patients with mild cognitive impairment, about 10 patients showed left nostril impairment and 14 patients did not. More studies are required by the researchers. Stamps explains:"For now this test is fine but we must study to predict the disease."Stamps and Dr. Heilman suggest clinics without proper equipment can use this technique. At UF Health, this test will be another tool to a full suite of clinical tests for neurological function in patients with memory problems.

The front part of the brain of the temporal lobe that developed from the smell system is degenerated, and this part is responsible for new memory formation." Heilman said there are many memory problems the test may be time consuming, expensive and invasive for Alzheimer's disease or other dementias. This may be crucial part of evaluation process." The UF study may be useful to predict the disease by detecting a person's likelihood of getting the disease at an early stage, with a non-invasive test.

The Alzheimer's Association accepts the fact of no cure for the disease at this moment and the present treatment doesn’t stop its progress. But they can slow down the symptoms of dementia. It is useful for the patients and the doctors. Stamps says: "If we are able to detect the disease at early stage we will be preventing the disease from progressing."

Certain lifestyle changes which are useful, like a regular exercise and taking a balanced diet, may decrease the risk of developing Alzheimer's.