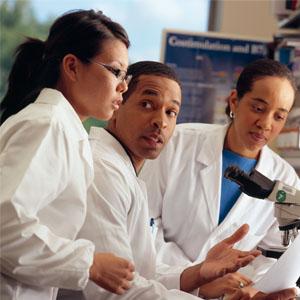 Cancer remains a major health menace that claims millions of lives across the world every year. Despite medical interventions and progress in medical science, certain forms of cancer are still difficult to diagnose and complexity of available methods poses major challenges to doctors. A breakthrough research conducted by University of Louisville Researchers has opened a new way in the detection and treatment of cervical cancer. The new method involves drawing blood and then heating it to high temperature. The researchers also said that this method will help determine the stage of cancer in patients.

The researchers said the Plasma Thermogram’ method will make detecting cervical cancer easier and more affordable in developing nations like India. As it is, a majority of cervical cancer patients in India are women living in rural regions. They will benefit from effective and cheaper detection methods. As of now, cervical cancer is detected with Pap Smear test in developing countries.

The research finding has evoked mixed response from the medical community. They have said the discovery may not reduce the pain and suffering associated with this form of cancer, but detection will become cheaper and less painful. The Pap Smear test involves a vaginal swab, but the new method will involve using blood plasma. University of Louisville’s Dr Nichola Christine Garbett confirmed this. The study finding has been published in the Public Library of Sciences journal named PLOs One.

The medical community has been busy trying to develop alternative methods for cervical cancer detection. The Tata Memorial Centre researchers in India developed an Acetic Acid test method last year. Dr Garbett said it remains to be seen whether the Plasma Thermogram test would be more affordable than vinegar test or not. She added, “The test has very little consumable cost. We are now using only a blood draw and a calorimeter. If we develop a point-of-care miniaturized calorimeter needing only a finger-prick, it would be ideal for use in a developing country scenario such as India because it will be available at a minimal cost”.

HCG Hospital’s surgical oncologist Dr K S Gopinath said that the Plasma Thermogram will succeed when there is adequate manpower, resource and setup. He said, “This is an indicator of the tumour burden and may help in modifying cancer-directed treatment. But the cervical cancer burden is very high and it may not be a very useful mass screening tool.” The experimental Plasma Thermogram costs US $250 but its price is expected to reduce.