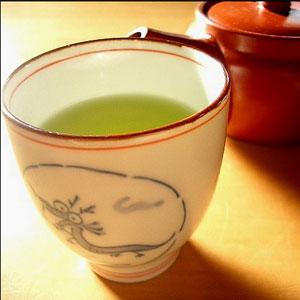 Doctors have always been vocal and enthusiastic about the various health benefits of drinking Green tea and the herb has also been lauded for its cancer fighting properties. However, researchers and scientists were unsure about the exact reason behind this. The dilemma seems to be solved as a group of researchers have come out with the explanation behind Green tea’s cancer resistant properties. According to them, EGCG or Epigallocatechin gallate a compound found in Green tea lends it the cancer-fighting properties. It eventually suppresses LDHA, an enzyme often linked with cancer.

The lead author of this research, Dr. Wai-Nang Lee said, "Scientists had believed they needed a molecular mechanism to treat cancer, but this study shows that they can change the metabolic system and have an impact on cancer.” He added, “By explaining how green tea's active component could prevent cancer, this study will open the door to a whole new area of cancer research and help us understand how other foods can prevent cancer or slow the growth of cancerous cells." The study finding can be found online in the journal, Metabolomics.

For this research, Lee and associates in Los Angeles Biomedical Research Institute made use of sophisticated metabolic profiling methods. They found that EGCG resulted in thwarting balance of "flux" in cellular metabolic network resembling actions of LDHA inhibitors. It works almost in the same way a well known LDHA inhibitor, oxamate does. Dr. Lee said on functionality of EGCG, "This is an entirely new way of looking at metabolism. It is no longer a case of glucose goes in and energy comes out. Now we understand how cancer cell metabolism can be disrupted, and we can examine how we can use this knowledge to try to alter the course of cancer or prevent cancer.”

Pancreatic cancer continues to be one cancer strain that is known for a low survival history all over the world. In fact, more than 90 percent of Pancreatic cancer victims die within a few years of diagnosis. It is likely to become the second most fatal cancer in coming days, after lung cancer. As it is, this cancer is harder to detect compared to other strains, making timely diagnosis and proper treatment difficult say doctors. The study findings will serve as a breakthrough in analyzing cancer cell metabolism, feels the lead author. It may be used to find treatment for other types of cancer.