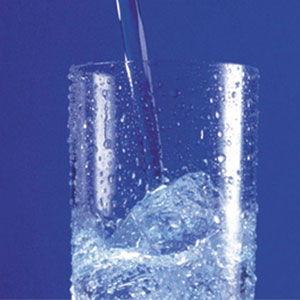 If it is by a simple knob or turning on a tap to get water to fill a container or to drink, developed countries don’t have much problem as they have access to clean and fresh water available. According to Ernest "Chip" R. Blatchley III, professor of civil engineering and environmental and ecological engineering at Purdue University and other researchers “This is not the same case with the countries which are developing so they are trying to use ultraviolet radiation of the sun to purify the water for safe drinking water for everybody. There are millions of people who are suffering due to unsafe drinking water and also because they don’t have access to water. These countries may not be having proper equipment and infrastructure also finance to have clean water and to deliver it and to maintain the water until it is used. The problems that are common are microorganisms due to human and animal waste."

Blatchley and Bruce Applegate, associate professor of food science and biological sciences at Purdue University, have made prototypes of a water disinfection system so that advantage of UV radiation from the sun is taken which is abundant in many places where there is unsafe water. "Most people who are near the equator have more problems with water access." Blatchley said. "Bruce, student researchers and he has developed prototypes that disinfect water by using solar UV radiation, which is plenty in equatorial and places near equatorial nations."

Applegate said the Purdue water disinfection system pumps water by a UV-transparent pipe that is positioned on a parabolic reflector. "Due to the shape of the reflective mirror the sun's UV rays are concentrated so the radiation inside the pipe is too strong than outside," he said. "Because of the radiation the DNA is damaged in microorganisms and the microbes can no longer live and the water is safe." Solar UV systems have been made by other researchers. The Purdue system, however, uses diverse materials than them. "We are making use of the range of solar UV wavelengths which are highly effective to damage microorganisms' DNA. By the help of transparent material to these wavelengths of radiation helps us to purify water faster, the water can be pumped continuously and produced in large quantities." Blatchley said.

"The researchers are trying to upgrade the production in the system after proving the concept of concentrated UV rays to disinfect water. The prototypes presently produce water at a rate of 10-20 milliliters per minute. The actual prototypes were purposely built on a small scale in order to conduct experiments using a modest amount of time and resources,we have plans to improve and upgrade the system." Blatchley said. An international application for patent of the innovation has been filed by the Purdue Office of Technology Commercialization.