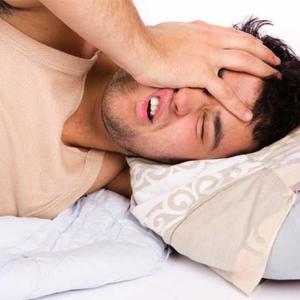 Recent research by the British has shown that non restorative sleep is the biggest cause and contributor of widespread pain.

Widespread pain is the term used to describe the pain that affects various parts of the body at various times. This is not fatal however; the pain is chronic and causes endless fatigue with no known or traceable cause.

Staying awake at nights and not feeling fresh after a night’s sleep (what doctors’ term as non-restorative sleep) is the identified risk factor for the development of widespread pain among adults. This pain affects close to 15% of the women and little over 10% men across the globe. The study results, published recently show that restless sleep as well as other major issues such as memory issues, poor appetite and over anxiety aid in the development of this type of pain.

It is important to note that this pain not only develops due to the above causes, but also increases in its acuteness over time. The frightening factor is that there is still no cure for health issues of this nature. Doctors heavily rely on lifestyle recalibration, work-life balance, optimism and moderate diet to battle these symptoms. Surprisingly, as the age increases, there is lesser probability of developing widespread pain. They have a gamut of other issues such as muscle pain apart from the more common bone and nerve pain. In a rather shocking note, the study revealed that more than 75% of the people aged 65 and above suffer from one form of pain or the other on a daily basis. This directly counters the advances made in Medicine to increase life expectancy among western nations.

To conclude, the study finds a close association between widespread pain and non-restorative sleep, however a direct cause-and-effect relationship can be established only after thorough analysis and years of example gathering. The need to develop a body of knowledge around the cause and cure is felt by all major research think tanks.