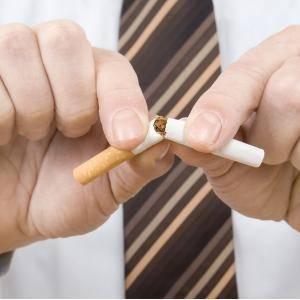 People who smoke may face an increased risk of certain cancers of the immune system and bone marrow, a study has found.

Scientists at the Cancer Research UK Epidemiology Unit at Oxford University looked at data on 1.3 million middle-aged women who were taking part in the Million Women study.

A total of 9,000 women developed leukaemia, cancer of the immune system or of the bone marrow over the ten-year study period.

Almost eight in every 1,000 smokers developed one of these types of cancer, compared with just six in 1,000 non-smokers.

The researchers also observed that women who smoked about 20 cigarettes a day faced a twofold increase in their risk of Hodgkin's lymphoma and some bone marrow cancers.

Professor Valerie Beral, whose findings are published in the British Journal of Cancer, said: 'These results highlight yet again how important smoking is as a cause of cancer.

'Smoking raises the risk of many types of cancer, not just lung cancer, and also the risk of heart attack and stroke, which many people may not be aware of.'

Sara Hiom, director of information at Cancer Research UK, said it is never too late to stop smoking and urged people to seek advice from their GP or local pharmacy.