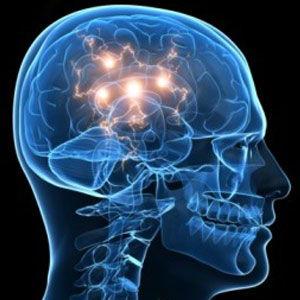 Researchers have discovered that if anyone is bilingual it may help to slow down the process of three types of dementia, so if anyone has been considering learning a second language they may wish to enroll on a course. According to the researchers, who are from both the University of Edinburgh in the UK and Nizam's Institute of Medical Sciences in Hyderabad, India, the study that was published in the journal Neurology is the first one to make a note of the importance of learning a second language by the illiterates. To conduct their study the researchers have examined 648 participants from India who had been diagnosed with dementia. From these the average age of the patients was 66 and of the 648, 240 people had Alzheimer's disease,189 were diagnosed with vascular dementia and 116 had frontotemporal dementia.

The Alzheimer's Society says that frontotemporal dementia is a rare form of dementia than other forms, that is caused due to the dying of the nerve cells in the frontal or temporal lobes of the brain which causes the pathways that links them to change. The rest of the patients, that is the 103 patients from India had dementia with Lewy bodies (DLB) and mixed dementia. The American Academy of Neurology mentions that DLB is one of the types of dementia which is not rare and it is caused due to the build-up of Lewy bodies which are the accumulated bits of protein within areas of the brain that manage memory and motor control.

According to the researchers people who spoke two languages did not get dementia till 4.5 years later compared to monolingual speakers. Bilingual patients did not develop these types of dementias Alzheimer's disease, front temporal dementia and vascular dementia until much later.

Study author Suvarna Alladi states that the research was unique by the 14 % illiterate patients sample and says: “This is the first study that shows the advantage of speaking two languages in patients who can’t read, which suggests that level of education of a person is not enough to explain the difference.”

At the dementia onset the difference was noted in patients who could not read, the researchers say, adding that no extra benefit is there in being bilingual. This effect was different from other factors, like education, sex, and occupation and rural versus urban living.

Alladi says: "It is thought that being bilingual may lead to better development of the areas of the brain handling executive functions and attention tasks, which might protect from the inception of dementia. The results suggest strong facts for the protective effect of bilingualism which is not in favor of dementia in a population that is different from those who studied its ethnicity, culture and patterns of language use."

Thomas Bak, from the University of Edinburgh's School of Philosophy, Psychology and Language Sciences, notes that their finding “refers to bilingualism as a strong influence on dementia than any other drug that is available presently. So this makes the relation amongst the cognition and bilingualism a high priority in research."