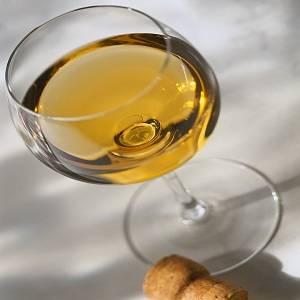 Moderate consumption may help the heart, but perils also exist.

Mirroring so much of life, alcohol consumption comes with plusses and minuses.

A lot of recent research has highlighted the potentially beneficial effects on the heart and other parts of the body of drinking wine and other alcoholic beverages. But risks to health exist, too, as well as the more well-known and potentially life-threatening effects of alcohol, including drunken driving and addiction.

Alcohol consumption in moderation has been linked to a host of good outcomes. Studies have suggested that drinking alcohol, wine in particular, may reduce your risk for heart disease, stroke, gallstone formation, type 2 diabetes and dementia. It may also give your metabolism a slight boost.

"Alcohol, especially red wine, has resveratrol and antioxidants and bioflavonoids and polyphenols, and all of these wonderful things that dilate the arteries and reduce inflammation," said Dr. Suzanne Steinbaum, director of women and heart disease at Lenox Hill Hospital in New York City, and a spokeswoman for the American Heart Association.

"Alcohol can definitely be part of a heart-healthy diet if you're drinking responsibly," she said.

"Drinking responsibly," though, might very well mean drinking less than you think, another expert noted.

"Moderate alcohol consumption for women is up to one drink a day, and for men it's two drinks a day," explained Elizabeth Kovacs, director of the alcohol research program at Loyola University Medical Center in Chicago. "One drink is 5 ounces of wine, 12 ounces of beer or a 1.5 ounce shot of liquor."

Steinbaum pointed out that people should be especially careful when ordering a glass or two of wine at a restaurant because they're often far larger than one serving size.

Kovacs added that "the benefits of alcohol are pretty restricted, and it's only beneficial if you drink at a low level, you don't take certain medications, you don't have liver or pancreas disease and you're not pregnant."

And, the experts agreed, none of the benefits of alcohol are reason enough to start drinking.

"If you don't already drink, don't start drinking for its health benefits," Steinbaum said. "You can eat a heart-healthy diet, such as the Mediterranean diet with lots of fruits and vegetables, and get a benefit, too. You don't have to have alcohol to protect your heart."

Though a small amount of alcohol can help the heart, more is not better, Steinbaum stressed. Alcohol can raise the levels of triglyceride, a harmful fat found in the blood, she said, and it can also lead to higher blood pressure.

Some people also are prone to a condition called holiday heart syndrome, which causes irregular heartbeats when they drink alcohol, though some of them can drink a little without triggering the condition. Steinbaum said she had one patient who knew he couldn't have more than two martinis or he would have an irregular heartbeat.

Excess alcohol consumption can also lead to weight gain, Steinbaum noted, and alcohol can be detrimental to the kidneys and liver as well, particularly for people taking certain medications, such as statins to lower cholesterol or even over-the-counter acetaminophen (Tylenol) to relieve pain.

In addition, recent studies have linked alcohol consumption to an increased risk for certain cancers, asthma and allergies. Alcohol can also be a problem for people who take blood sugar-lowering medications, such as insulin, because it can cause blood sugar levels to drop unpredictably, and to potentially dangerously low levels.

Some of the worst outcomes from alcohol consumption, however, include abuse and addiction, binge drinking, drinking while pregnant, alcohol poisoning, brain damage, increased violent behavior and driving under the influence.

She noted that alcohol plays a role in one-third of all car crashes and, according to the U.S. Centers for Disease Control and Prevention, it's a factor in two-thirds of the incidents of intimate-partner violence.

"It's important that people are informed about the effects of alcohol on their body so they can be prepared to not drink, or to drink responsibly," said Kovacs. "The benefits of alcohol consumption are very minimal compared to the risks."