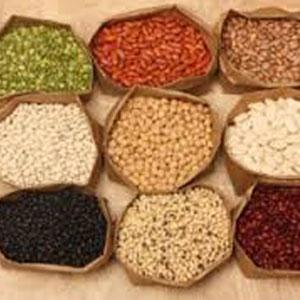 A lot of people put on extra weight simply because they cannot help gorging on snacks and foods in excess amount. This over eating makes their body unable to metabolize consumed calorie, resulting in fat accumulation. While the temptation to eat fast foods or snacks during sudden hunger pangs can be difficult to cope with, there is a solution. A new study indicates, you can stay full for longer durations by including more fiber enriched foods in your diet.

The study findings, published in Nature Communications journal reveal when fiber is digested in the human body, it generates acetate, an anti-appetite molecule. After it is released, the molecule reaches the brain and triggers a signal of satiety. This instructs the brain to stop sending the feelings of hunger anymore. Nutritionists have always hailed fiber as a component should be present in diet since it aids digestion and this new evidence may give them enthusiasm. The finding holds relevance for people in countries like India, where overeating induced obesity has become a serious health concern.

In the study, lab mice were given a fiber rich diet and it was observed, they ate less compared to the rodents who were not given fiber in food. As a result, the former group of mice became less obese after a few months. Gary Frost, a study researcher said, "There's a big body of literature that suggests metabolic activity of [gut bacteria] releases [hunger-suppressing] hormones. Our paper shows that it's the short-chain fatty acid acetate, produced by biota in the colon." He works at Imperial College, London as a professor of nutrition and dietetics.

Since acetate is also present in vinegar, can drinking it help people lose excess weight? Frost does not think that to be a feasible idea. In order to get the same benefits of eating fiber rich foods, a person will have to drink plenty of vinegar every day. He added, "You'd have to drink enough for it to get to the brain”. Drinking excessive vinegar can be rather unhealthy for a person as it is acidic.

Frost elaborated that he along with this team will conduct further studies on the effect of fiber on hunger. He added, "With dietary fiber the actual effects are complex, it's one of a number of systems that have effects on appetite, and there are others." Fiber is found mostly in plants and vegetables but processed foods contain low amounts.