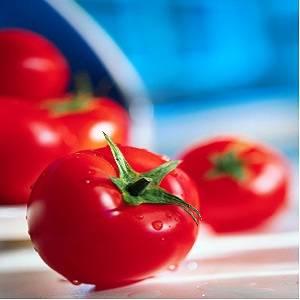 A diet rich in tomatoes may reduce the risk of having a stroke, according to researchers in Finland.

According to the study published in the journal Neurology, tomatoes and other foods rich in the antioxidant lycopene may reduce a man’s risk of stroke by more than 50 percent.

Lycopene is an antioxidant that gives foods like tomatoes, red peppers, watermelon and papaya their reddish color. Tomatoes are high in lycopene.

The discovery was made by scientists at the University of Eastern Finland in Kuopio, who studied more than 1,000 men over a 12-year period.

Participants with the most lycopene in their bloodstream were found to benefit from a 55 per cent reduction in their risk of having a stroke during that time.

'This study adds to the evidence that a diet high in fruits and vegetables is associated with a lower risk of stroke,' said Dr Jouni Karppi, whose findings are published in Neurology journal.

He added that lycopene acts by reducing inflammation and preventing blood clotting.

A spokeswoman for the Stroke Association told the BBC that all fruits and vegetables have health benefits 'and remain an important part of a staple diet'.