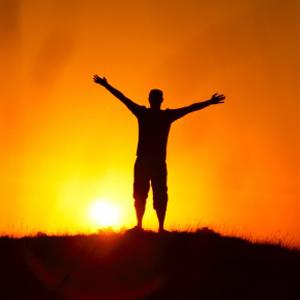 While some forms of cancer are curable, there are some which have no specific remedy apart from medications that lengthen lifespan of victims to an extent. Researches are going on to find out remedies for various types of cancers worldwide as it is. A new study finding shows victims of bowel cancer can benefit by getting vitamin D from sunshine. It can prolong their survival time to an extent. The study was carried out by a research team hailing from the University of Edinburgh. They found out patients with elevated vitamin D levels in blood live longer than those with lower levels.

Vitamin D also called “sunshine vitamin”, is generated in human body as the skin gets exposed to sunlight. It can also be derived from foods like eggs, fish liver oil, and fatty fish like salmon, mackerel and herring. It plays a pivotal role in calcium absorption.

The study team collected blood samples from nearly 1600 candidates who underwent surgery for this research. Incidentally, the found out bowel cancer patients in stage 2 benefitted the most from exposure to sunlight derived vitamin D. The team discovered that three fourth of the candidates were alive even after 5 years and they had higher levels of Vitamin D. While the study shows vitamin D is linked with bowel cancer survival but the details are yet to be clear. The study was funded by Britain’s charity Cancer Research and the details can be found in American Society of Clinical Oncology journal.

Bowel cancer also called colorectal cancer is a prominent strain of cancer in Europe. In 2012 alone, 447,000 new cases were detected.

The study team now wants to opt for an extended clinical trial. They want to find out if using vitamin D tablets with chemotherapy can enhance bowel cancer survival rate or not. University of Edinburgh’s Professor Malcolm Dunlop said, "Our findings are promising but it is important to note that this is an observational study. We need carefully designed randomized clinical trials before we can confirm whether taking vitamin D supplements offers any survival benefit for bowel cancer patients.”