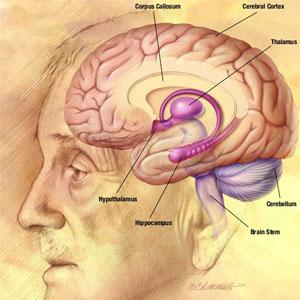 As you age, the processing power and efficiency of your brain keeps diminishing, owing to natural ageing process that affects human body. To keep brain functioning well, people resort to several measures including taking supplements and engaging in analytical work etc. However, a latest study finding shows when you learn a second language it has a positive effect on brain and slows down rate of ageing. The study conducted at University of Edinburgh suggests this can happen even someone learns the new language in adulthood.

It was carried out on 262 candidates. The study authors found the candidates showed improvement in sections like intelligence, verbal fluency and reading skills. Their intelligence was tested from data obtained in their childhood and old age. Earlier studies also suggested learning new language can postpone onset of dementia by a margin. The candidates learnt a different language than English. The study findings can be found in Annals of Neurology. University of Edinburgh’s Centre for Cognitive Ageing and Cognitive Epidemiology’s Dr Thomas Bak led the study.

Dr Bak said on the study, "Our study is the first to examine whether learning a second language impacts cognitive performance later in life while controlling for childhood intelligence. Millions of people around the world acquire their second language later in life. Our study shows that bilingualism, even when acquired in adulthood, may benefit the ageing brain”. He added that the discovered pattern is meaningful and developments in fluency, focus and attention cannot be attributed to original intelligence.

Boston’s Harvard Medical School’s professor Dr. Alvaro Pascual-Leone said on the study, "The epidemiological study provides an important first step in understanding the impact of learning a second language and the ageing brain. This research paves the way for future causal studies of bilingualism and cognitive decline prevention."

Age UK’s charity director, Caroline Abrahams said about the study finding, “Over one million people in the UK aged 65 and over are estimated to have some degree of cognitive impairment. We urgently need to understand what influences cognitive ageing so that we can give people better advice about protecting their cognitive health.”