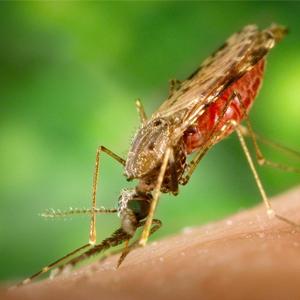 This year, World Health Organization (WHO) observed the World Health Day on 7th of April with the theme of vector-borne diseases. Although its campaign ‘small bite: big threat’ rings true in most parts of the world, as a tropical country with dozens of vector borne diseases, India has much reason for concern.

Vectors are essentially organisms that carry dangerous pathogens and parasites and can transmit them from one person or animal to another without getting afflicted by the disease themselves. Common vectors are mosquitoes, ticks, bugs and even some snails. The World Health Day campaign was targeted to raise awareness about the dangers of vectors and the harm they can render. The bacteria, virus and other pathogens the vectors carry cause a multitude of diseases like schistosomiasis, malaria, dengue, Chagas disease, yellow fever, Japanese encephalitis, Onchocerciasis, Leishmaniasis, Human African trypanosomiasis. In fact, according to WHO, over 17 per cent of all diseases are vector borne diseases?

In India itself, over half a dozen vector borne diseases have made their presence strongly felt among the masses. Indians mostly get afflicted by dengue, malaria, chikungunya, kala azar, Japanese encephalitis and lymphatic filariasis. According to Dr. Nata Menabe, representative to India in the World Health Day campaign, “In India, the burden and risk of vector borne diseases is massive. The burden is concentrated in the remote areas of the country with the poorest health systems where the population is most exposed. Weak collaboration across agencies, sectors, and levels of government, including the regulatory mechanisms are some of the key challenges. Now is the time for robust collaboration and action across all sectors and for targeted community-level sensitization."

In India, the issue of vector borne diseases is addressed by the National Vector Borne Diseases Control Program, Directorate General of Health Services, Ministry of Health & Family Welfare, Govt. of India. The director of this program, Dr. A. C. Dhariwal suggests that segregating the diseases caused by mosquitoes is important in understanding vector borne diseases and to fight back these diseases, community participation is crucial. “To prevent dengue, all storage tanks must be covered and one must not let water stay in one place for more than seven days. As far as malaria is concerned, people must ensure that mosquito nets are used,” he adds. If the symptoms of vector borne diseases, like periodic fever, arise, it must be reported as soon as possible.

Dr. A. Ramachandran, chairman of Dr. A. Ramachandran’s Diabetes Hospital says that people with diabetes are more prone to get vector borne diseases than those who do not have the condition. “This is due to the fact that high blood sugar in their bodies (resulting in high susceptibility), and lower levels of immunity, makes them prone to diseases," he adds. As an example, he pointed out that tuberculosis has made a sort of comeback, more so among diabetic people.

In the run up to the World Health Day 2014, WHO Country for India partnered with the Ministry of Health and Family Welfare to organize national consulation in New Delhi on April 4.