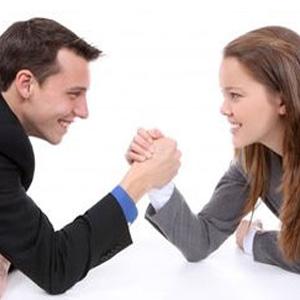 Who could ever have imagined that the age-old trend of girls gaining mental and emotional maturity earlier than their masculine counterparts is due to the re-wiring process that occurs in the brain?

It is indeed true that the brain that we are blessed with at the time of our birth as humans does not remain the same throughout our lives – in fact it has been found to commence its reconfiguring process as soon as the individual is four years old. Because this process is intended to foster an improvement in the thinking process, much of the reorganization is directed towards pruning of existing fiber links and streamlining of connectivity within the network through elimination.

To prove this point, a team of researchers put under scanner brains of 121 individuals spread over the age bracket of 4 and 40 years since maximum evidence of pruning activity had been traced within this phase of life cycle. When the brains were scanned using a highly advanced MRI technique named DTI, meaning Diffusion Tensor Imaging, results showed heavy pruning in certain areas and selective pruning where long-range connectivity was concerned.

Another important piece of information that was revealed pertained to the preservation of links that facilitated quick transfer of information and encouraged synchronized thinking, for example modules associated with senses of sight and sound. Courtesy of pruning it becomes possible for the brain to recognize the face that it is seeing with the voice emitted by that face. Such is the importance of this process that scientists have attributed its incidence and modus operandi to occurrence of brain related disorders like epilepsy, schizophrenia and autism.

One of the most important theories established by this study pertains to the instrumental role played by long distance connectivity within the brain. By drawing a parallel to social networking sites, researchers explain that it is more beneficial for human beings to connect with individuals who live in far-off lands since chances of receiving new information from them are higher. Similarly, our brain also stands a better chance of functioning well if it is able to promote inter-module connectivity rather than get stuck in the redundancy of the same module.

Different regions of brain between men and women have been known to have varied wiring pattern. While women have been known to enjoy better connectivity between hemispheres than men in one region, the situation is exactly the opposite in another region. Overall, the objective of the brain is to build a stable network as it gains maturity and to accomplish this objective, selective pruning and selective shedding of white matter are essential.