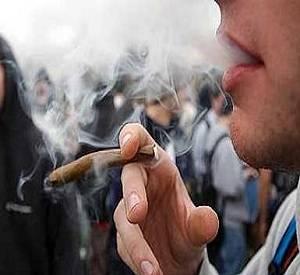 Research has shown that Cannabis (also known as Marijuana) can lower the IQ of young teenagers and may cause permanent mental impairment.

The findings came from a study of around 1,000 people in New Zealand. Based on the study the most persistent users suffered an average eight-point decline in IQ between adolescence and adulthood.

Cutting down or even quitting on cannabis later in life did not fully reverse the impact on those who started taking the drug in their early teens.

But the study found no evidence of similar problems affecting people who only took up cannabis as adults.

While quitting may prevent further impairment, it did not appear to restore normal mental functioning for those whose cannabis habit began in adolescence, said the scientists.

Puberty was a period of "critical brain development" when neural circuits were still forming, they pointed out. At this stage in life the brain was vulnerable to "toxic insult".

There are a lot of clinical and educational anecdotal reports that cannabis users tend to be less successful in their educational achievement, marriages and occupations. It is of course part of folk-lore among young people that some heavy users of cannabis seem to gradually lose their abilities and end up achieving much less than one would have anticipated.