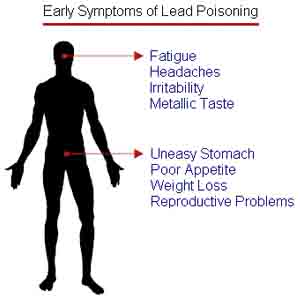 Nutrients That Can Reduce Lead Poisoning

Lead poisoning is a medical condition in which excess lead in the body severely affects the functioning of organs and sends all bodily systems into an over-drive. Though the reasons behind the condition are many and varied, and most often a result of excessive exposure to the metal, the repercussions of accumulation of huge levels of lead in the system can lead to a plethora of illnesses that include headaches, seizures, coma and sometimes even death, especially among children.

For the most part, exposure to lead is a general hazard, courtesy polluted, unclean air, and hence is contrary to the general assumption that the level of lead in your body depends on oneâ€™s diet. While the supposition is not to be altogether discounted, lead poisoning is often a result of contact with the metal through things as mundane as window sills, lead paint, and the wide-spread presence of the metal.

The levels of lead in a personâ€™s body are commonly found through blood lead level test, which identifies the amount of lead circulating in the blood stream. Since lead is a harbinger of worse illnesses that include anemia, high blood pressure and neurological imbalances such as brain damage, memory loss and related behavioral disorders, here are certain simple foods you can include in your diet to counter the maladies of lead.

Oral Surgery 101: A Complete Guide To Diagnosis And Treatmen..

How Can I Take Care of My Teeth Between Dental Checkups?

What Does Black Lines On Nails Mean?